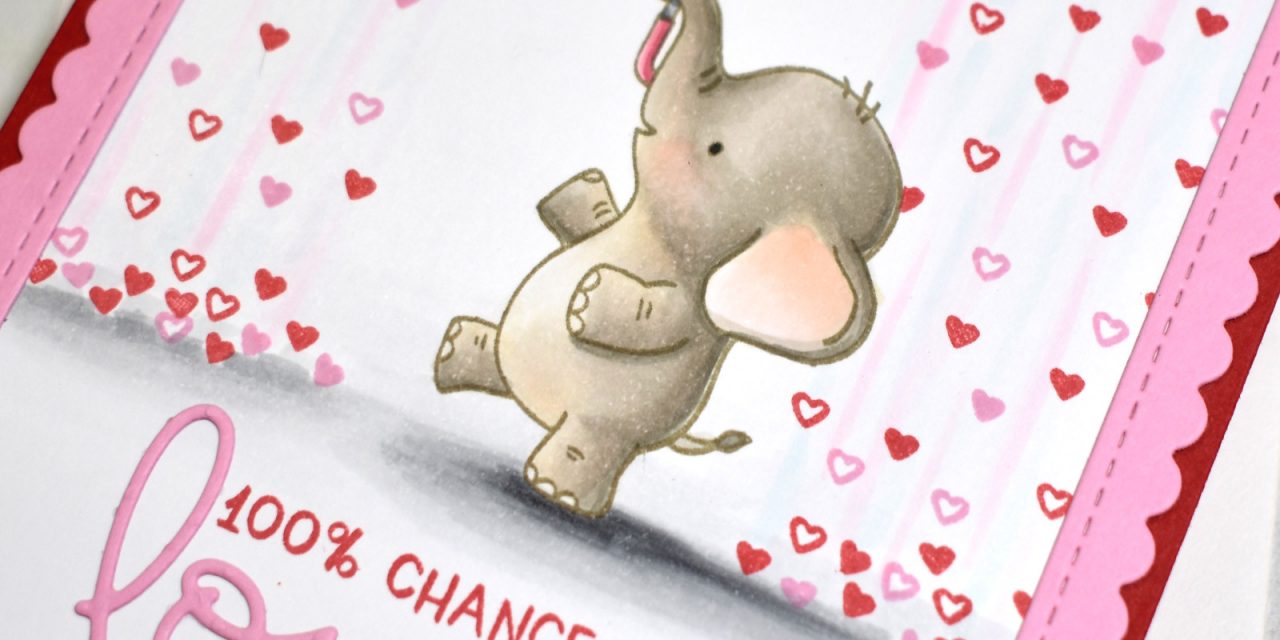 Hello! It’s Amy and for me, this month has been all about making fun Valentine’s Day cards. Just because there aren’t any Valentine specific stamp sets in the Hello Bluebird store, that doesn’t mean there aren’t endless possibilities to get creative with what is available. This time around I thought it would be cute to play with the tiny heart stamps in the Puddle Play set and create a simple scene of love showering down on this adorable elephant. 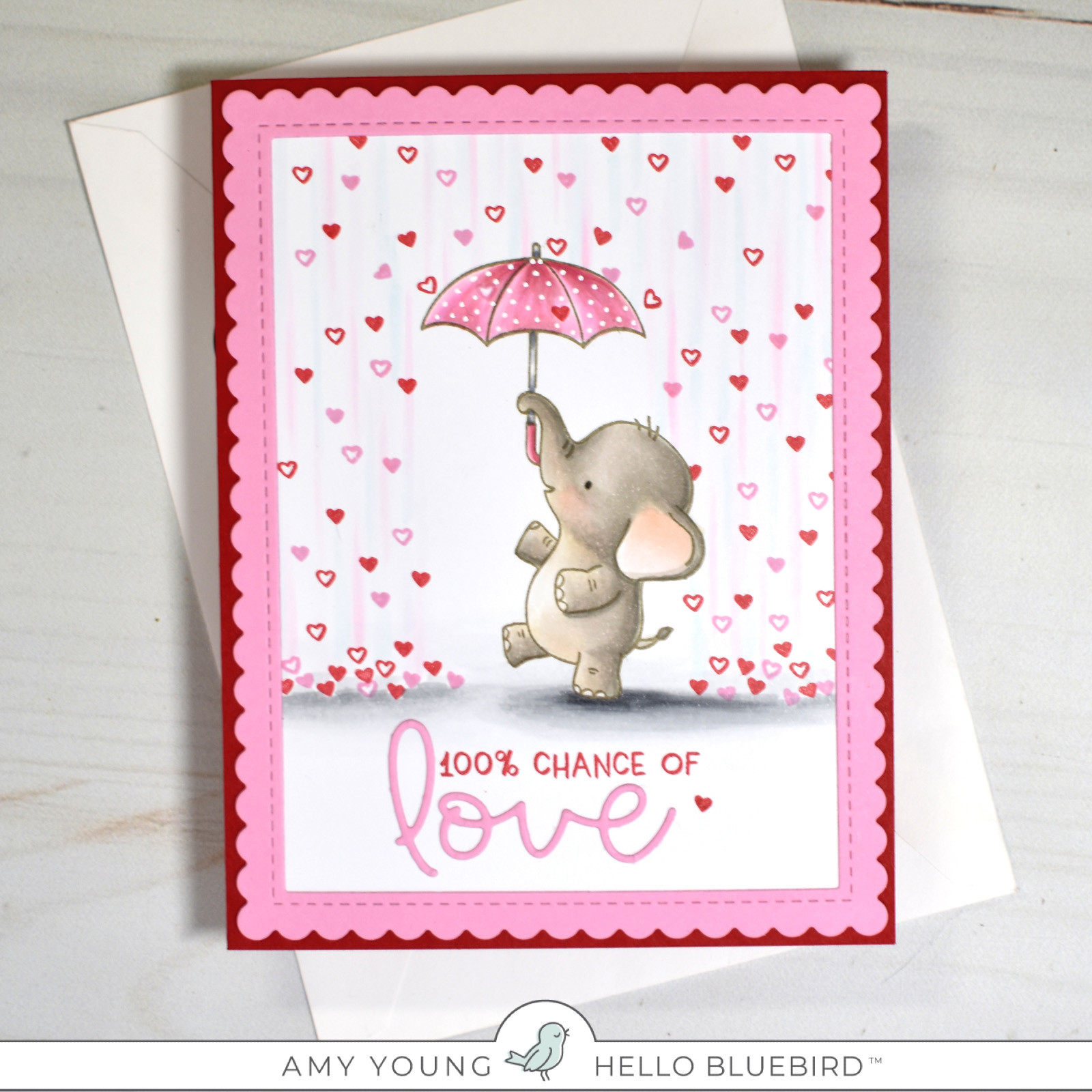 I began by stamping the elephant onto Copic X-Press It card stock using Memento Rich Cocoa ink. I then masked her trunk and stamped the umbrella over top so that when the mask was removed it looks like she is holding the umbrella. Next, I began stamping the tiny falling hearts using the Lovely Lady and Pure Poppy ink pads from Papertrey Ink. I made sure to leave the space directly beneath the umbrella empty so it would look like the hearts are bouncing off, only to pile up on the ground on either side of our little cutie. I also used the Pure Poppy ink to do a partial stamping of one of the sentiment included in the Puddle Play set. The new, more Valentine themed version of the sentiment was completed using the ‘love’ word die that is included with the Gallery Frame #6 die. 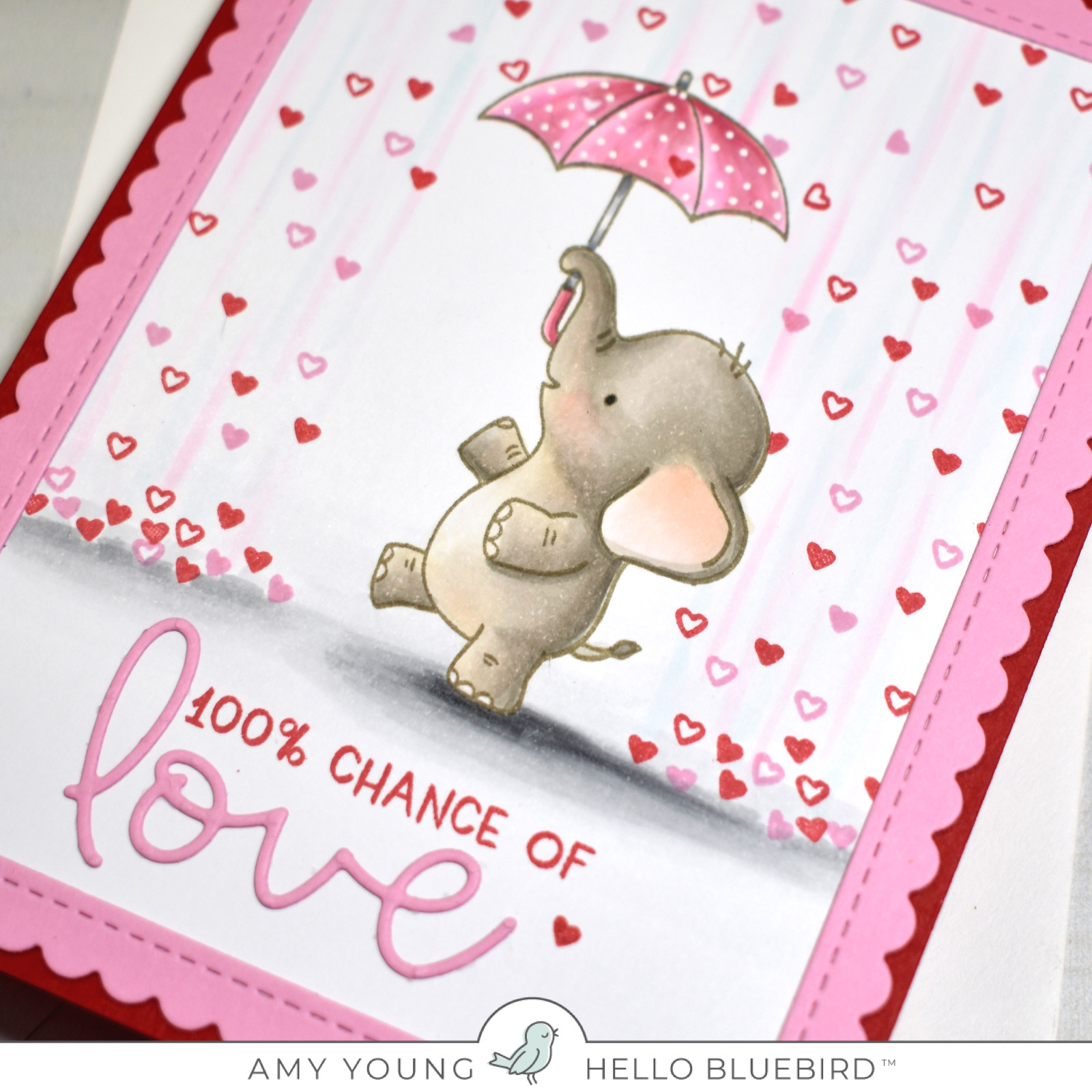 For someone like me who loves to color the scenes on my cards using Copic markers, this card already had most of its color already on it from the pink and red ink that I stamped with. All that was left for me to color was the sweet elephant, her umbrella and the grounding shadow beneath her feet and the piled up hearts. Oh, I also couldn’t resist adding a few vertical motion lines in with the hearts to help lead the viewers eye down the length of the card. Even though the coloring is minimal, I still think that the whole “showered in love” theme has been effectively captured and I gotta admit that it was a fun change of pace for me as well. To complete the card I framed the scene using Gallery Frame #2 and the same pink card stock that I cut the sentiment out of. Mount that on a red card base and no one would doubt that this is a Valentine’s Day card. 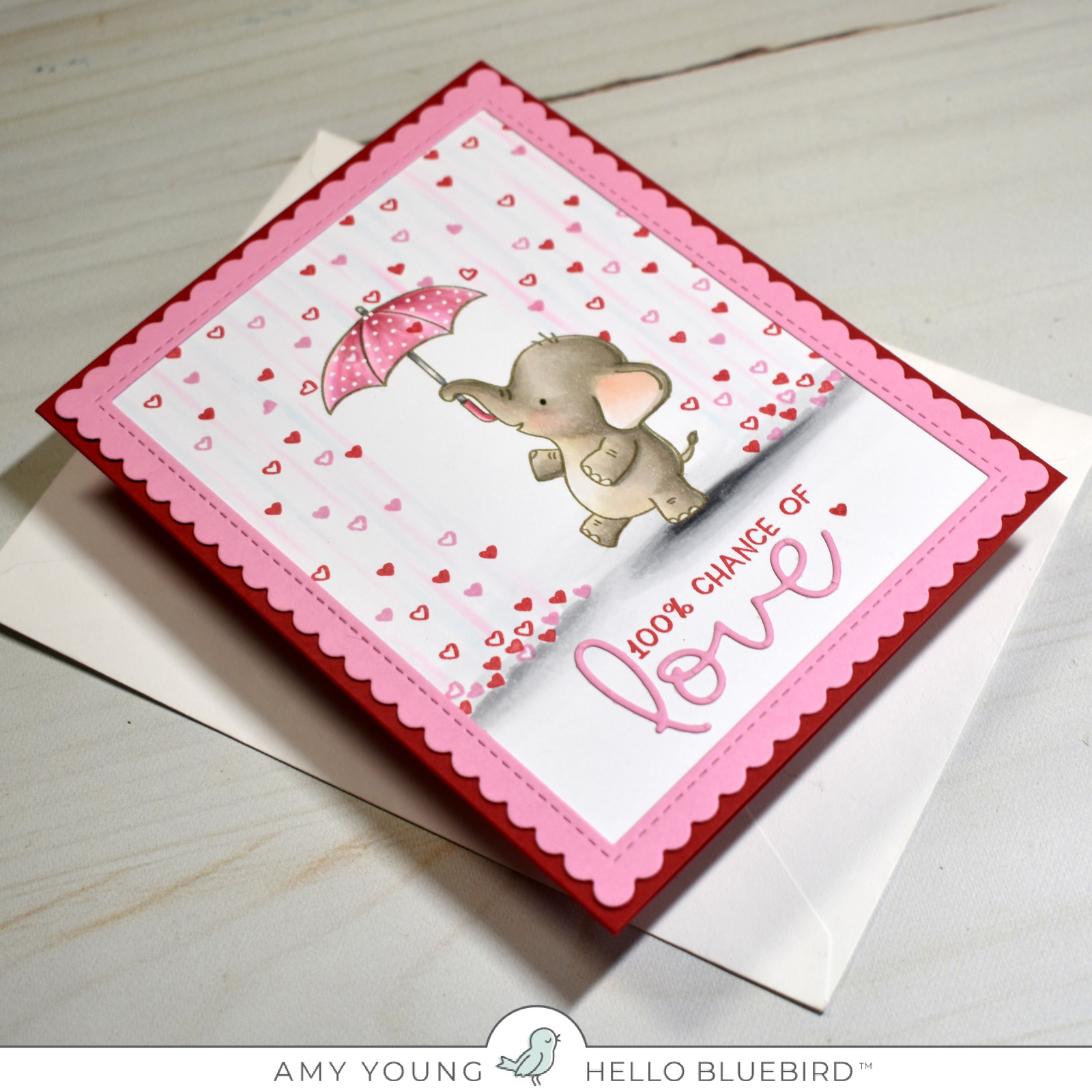 Thanks so much for stopping by today, stay crafty my friends! 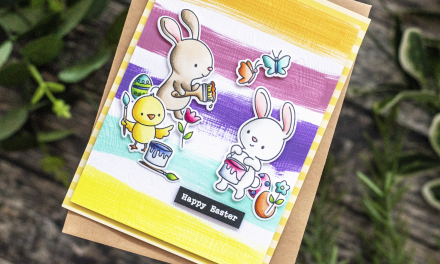 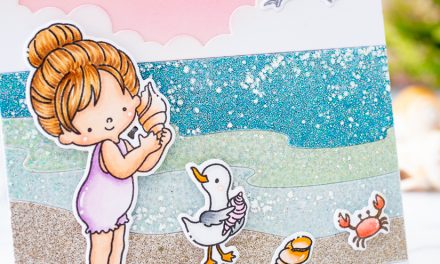 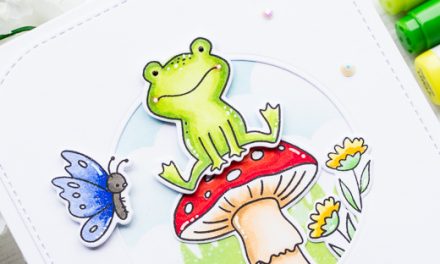 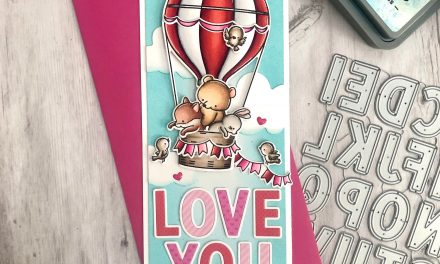