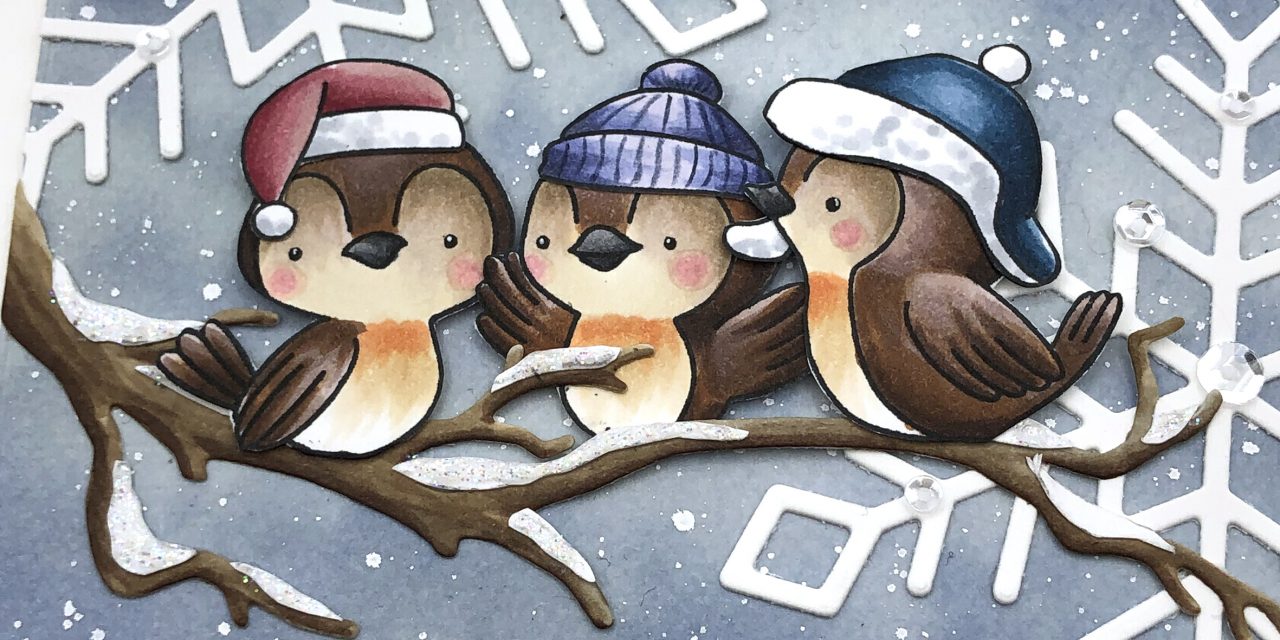 Today it’s my turn over the Hello Bluebird Blog and I have another wintry card to show you, mixing and matching a few products. I know many of you are already on Valentine’s or Spring production, but I am still in a winter “mode” LOL.

I must say I started from a spring set, but then…I used it in a different way! I was inspired by an illustration I found on Pinterest, and I started from the background because I knew it was necessary a bit of time to let it dry.

I took a piece of 100% cotton watercolor paper and I did some wet on wet technique: I used a large brush to wet the surface and then I added some “spots” of Weathered Wood Reinker and I let them “move” with water. When the panel was dry, I also splattered some Copic Opaque White to create the snow effect.

In the meanwhile, I stamped the three birds from Garden Friends and the three hats: the red one comes from the Merry Pigs stamp while the other two are from Snowball Fight. Since those two are “together” with the critters, I decided I would have fussy cut the image to have a “clear” edge. I colored everything with the Copics listed below.

After coloring them all, I fussy cut them and let them aside. I die cut the branch, which is actually the “spooky” tree from Full Moon Scene Die, simply with a 180degrees rotation. I colored with Copics (E47 – E44 – E43 – E42) and I also hand drew and cut some “snow” to attach to it. I also die cut two of the Big Snowflake Die to add to the background.

I assembled my scene, I trimmed down the panel to 5,25″x4″ and I stamped the sentiment (from the Snow Day stamp) in the upper right part. To complete the card, I matted it with a 5,75″x4,5″ White Cardstock, I added some sparkly sequins on the snowflakes and I used some Ranger Stickles on the snow. And here’s another look!

Thanks for stopping by, I really hope you will like the final result. 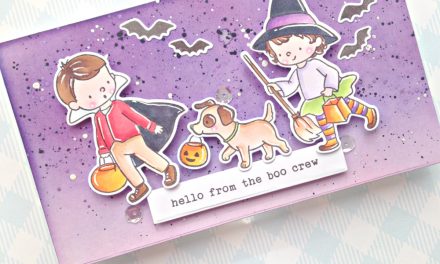 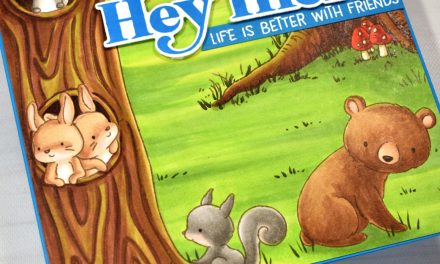 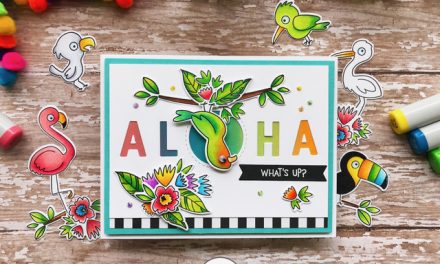