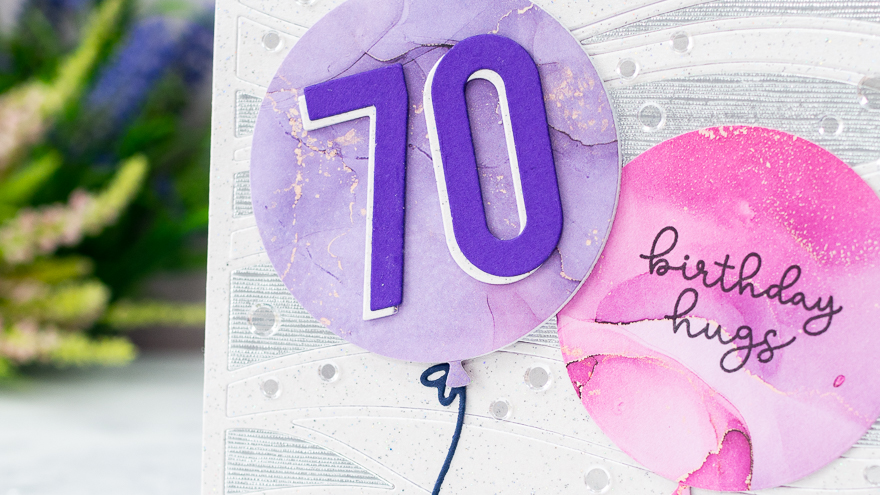 I have a special birthday card to share today. I used a combination of dies to create these large balloons, perfect for a milestone birthday.

I began with the background. I die cut the Ocean Overlay die from white sparkle card and silver embossed card. I adhered the pieces on to a 5.25″ card base. This die is great for adding texture to a background.

Next, I used two dies from the Nesting Circles die set to cut patterned paper. I layered these over white card circles, for dimension and stability.

To turn these into balloons, I used the largest balloon die from the Party Balloons die set. I die cut the same patterned papers, then layered the balloons behind the circles so the bottom of the balloons showed below. The balloon strings are die cut from navy card.

Before adhering the balloons and strings to my card, I stamped a sentiment from the Birthday Script stamp set onto the smaller balloon.

The numbers are from the By the Numbers die set. I off-set layered purple die cuts over white sparkle numbers.

Finally, I added some sparkling clear confetti around the numbers. 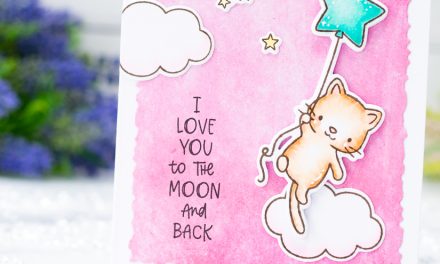 Love you to the Moon and Back with Gemma 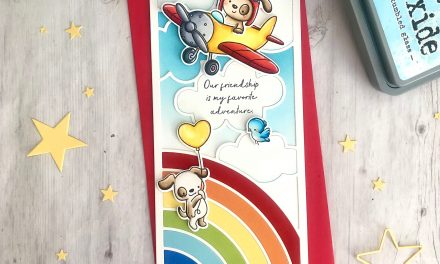 My Favorite Adventure by Tammy 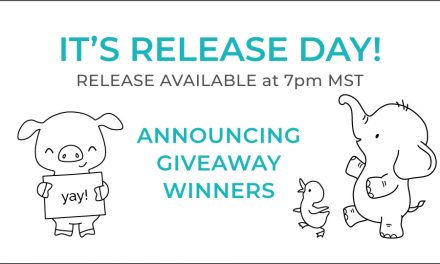 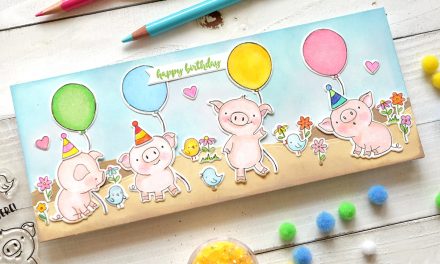