My Snowman with Sara 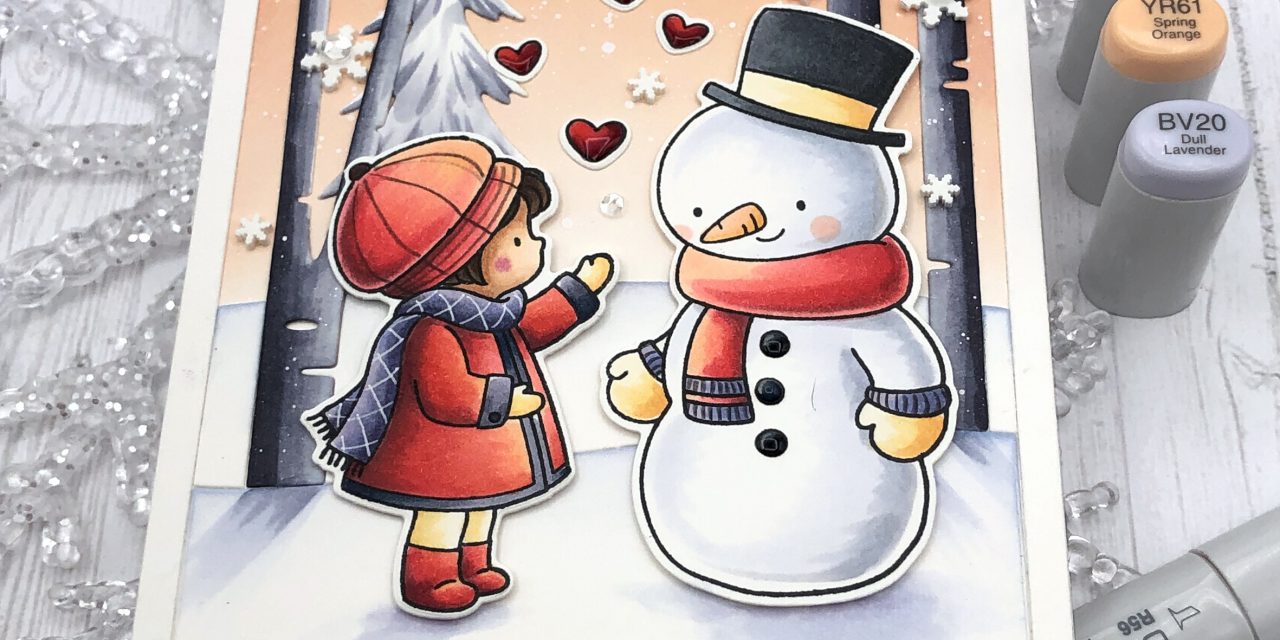 Today it’s my turn over the Hello Bluebird Blog (the first of 2023! Happy New Year!)band I have a wintry card to show you, mixing and matching a few products. 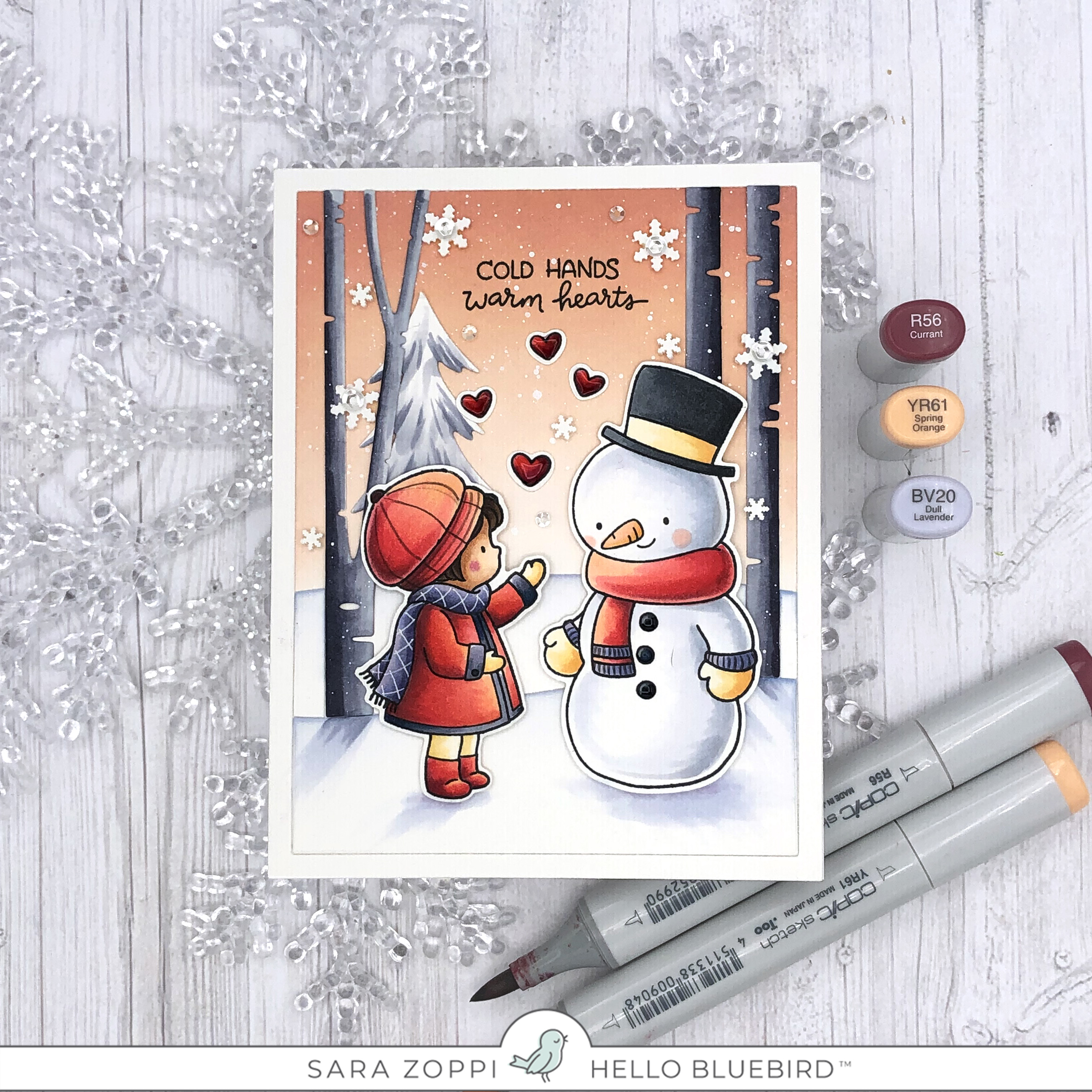 I looked into my HB stash and I found this cute snowman that I hadn’t already used this season. So, I decided to pair it up with the girl included into the “Feed the Bird” stamp set and the the recent released “Winter Birch Scene Die“. I stamped the two main protagonist using some Memento Black ink onto some Neenah Solar White cardstock and I colored everything with the copics listed below: 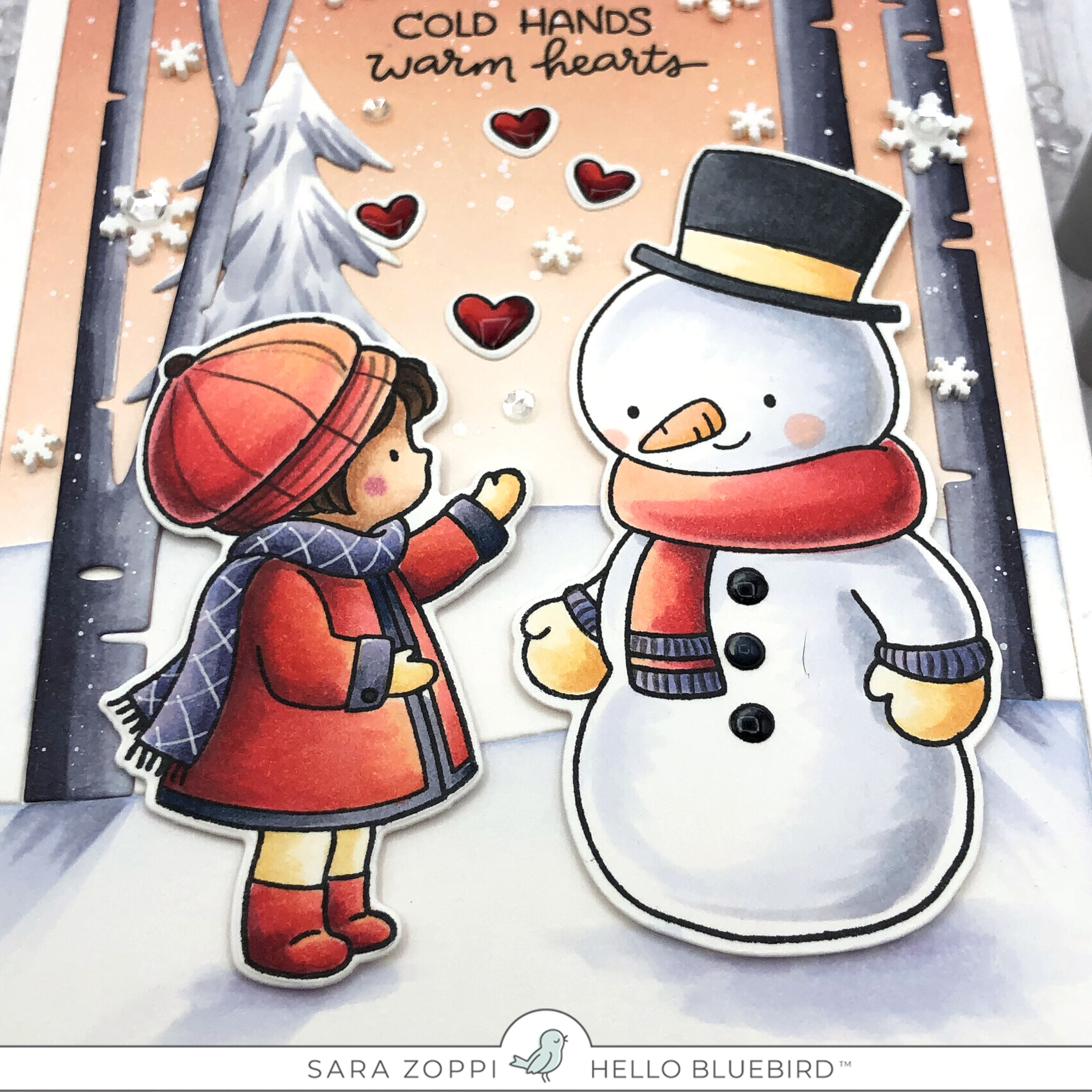 I then die cut both using coordinating dies and let aside while working on the rest of the card.

I die cut the Winter Birch Scene Die from some Neenah Solar White too, since I planned to add just a touch of color with copics too (BV29 – BV25 – BV23 – BV20). To complete the scene, I also added one of the pine tree included in the “Slimline Skating Pond Scene Die“.

I took an A2 piece of white cardstock and I ink blended the Distress Oxides in Dried Marygold and Victorian Velvet, I also splattered some acrilic paint in order to create the snow. I waited for it to dry and then assembled everything with both liquid glue and foam tape. To complete the card, I stamped the sentiment from “My Snowman” at the upper centre and I added the small hearts and the small polymer clays snowflakes. And here’s a finished result! 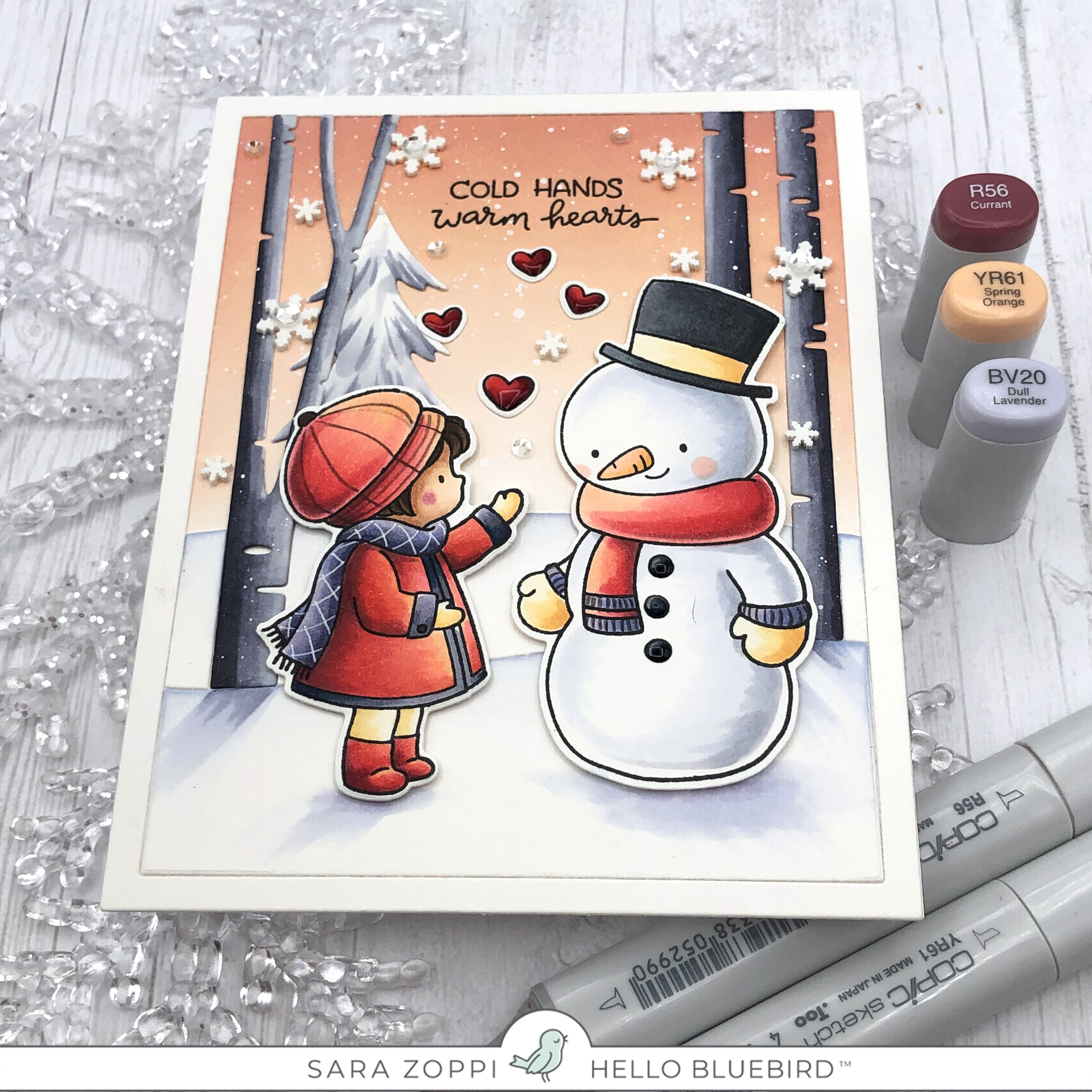 Thanks for stopping by, I really hope you will like the final result. 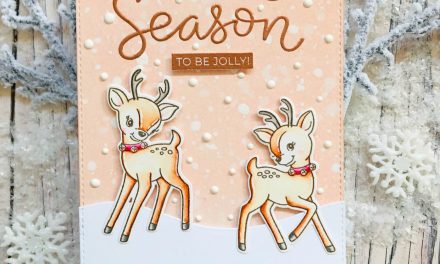 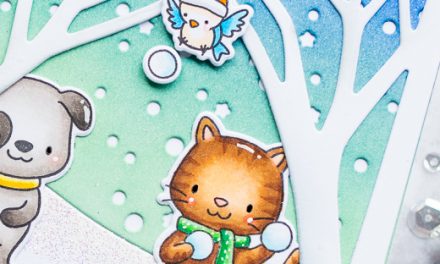 Flurries of Fun with Gemma 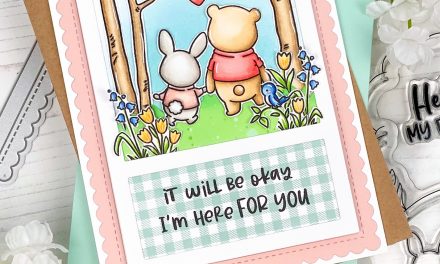 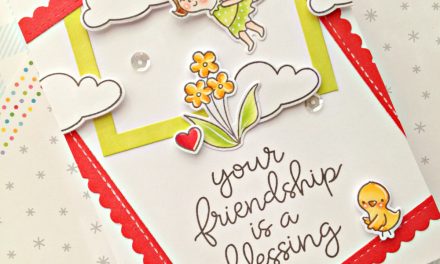 A cute friendship card with Franci