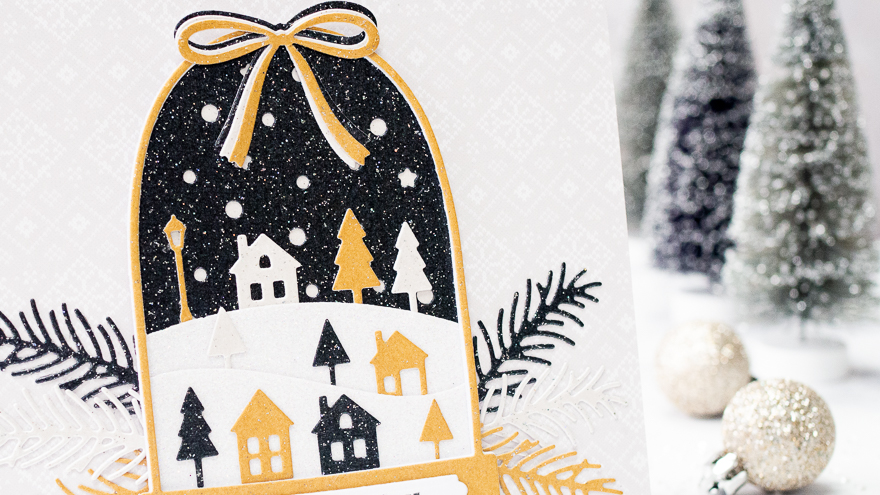 I have one more Hello Bluebird Christmas card to share for you in 2022. I used a variety of different die sets, and chose a limited colour palette of white, gold and black.

I began by die cutting the Snow Globe Builder die a few times from white card and once from gold sparkle card stock. I layered these together to get some dimension.

I cut the centre background area from black sparkle card. I then used the Starry Sky die to add snow and star detail. I also cut the centre area from white glitter card, then created two snowy hills with the included dies from the Snow Globe Builder die set.

The houses, trees and lamppost are from two different die sets – Snowy Countryside Square Scene and Little Village. I die cut them from white, gold and black sparkle card, then adhered them onto the snow globe scene with liquid glue.

On a 6×6 card base, I adhered a piece of patterned paper. I layered some pine tree leaves behind the snow globe, die cut from the Holly and Pine die set, then adhered the snow globe and leaves on my card base.

At the top of the snow globe, I die cut three bows from the different colours of sparkle card, layering them together. This pretty bow die is from the Pine Boughs die set.

To finish, I stamped a sentiment from Typed Christmas. I used a banner die from the Snow Globe Builder die set, then adhered it to the snow globe. 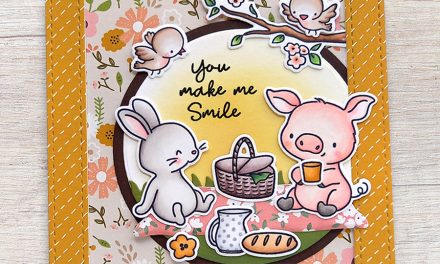 You Make Me Smile with Anja 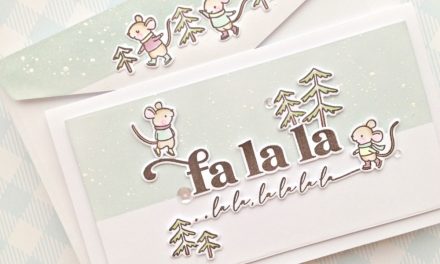 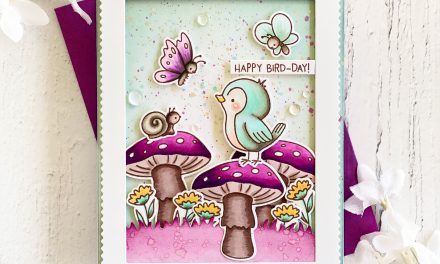 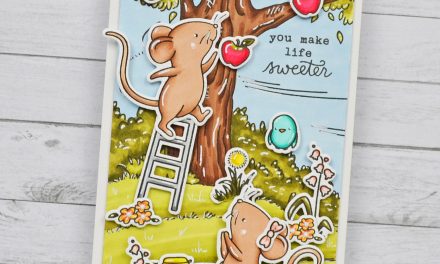