Page Turner and a Tabitha twist with Amy 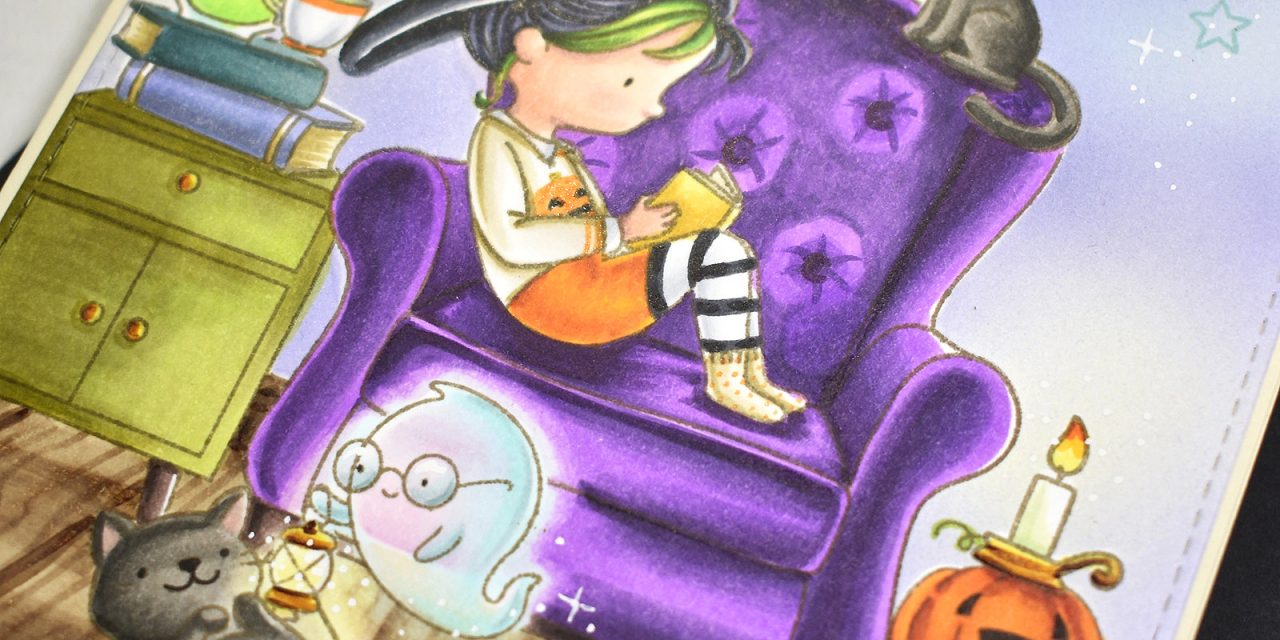 Hello! Amy here and even though I inked up the Page Turner stamp set for my last post here on the Hello Bluebird blog, I’m back at it today but this time there is a fun Halloween twist! I’ve been in the mood lately for Halloween card making, which initially had me grabbing the delightful Tabitha set. As I looked at all of the magical accessory images included in it, I realized that I could easily pair them with the seated reading girl in the Page Turner set to create a different kind of Halloween scene… one where a little witch is studying a spell book while magic and wonder happen all around her. 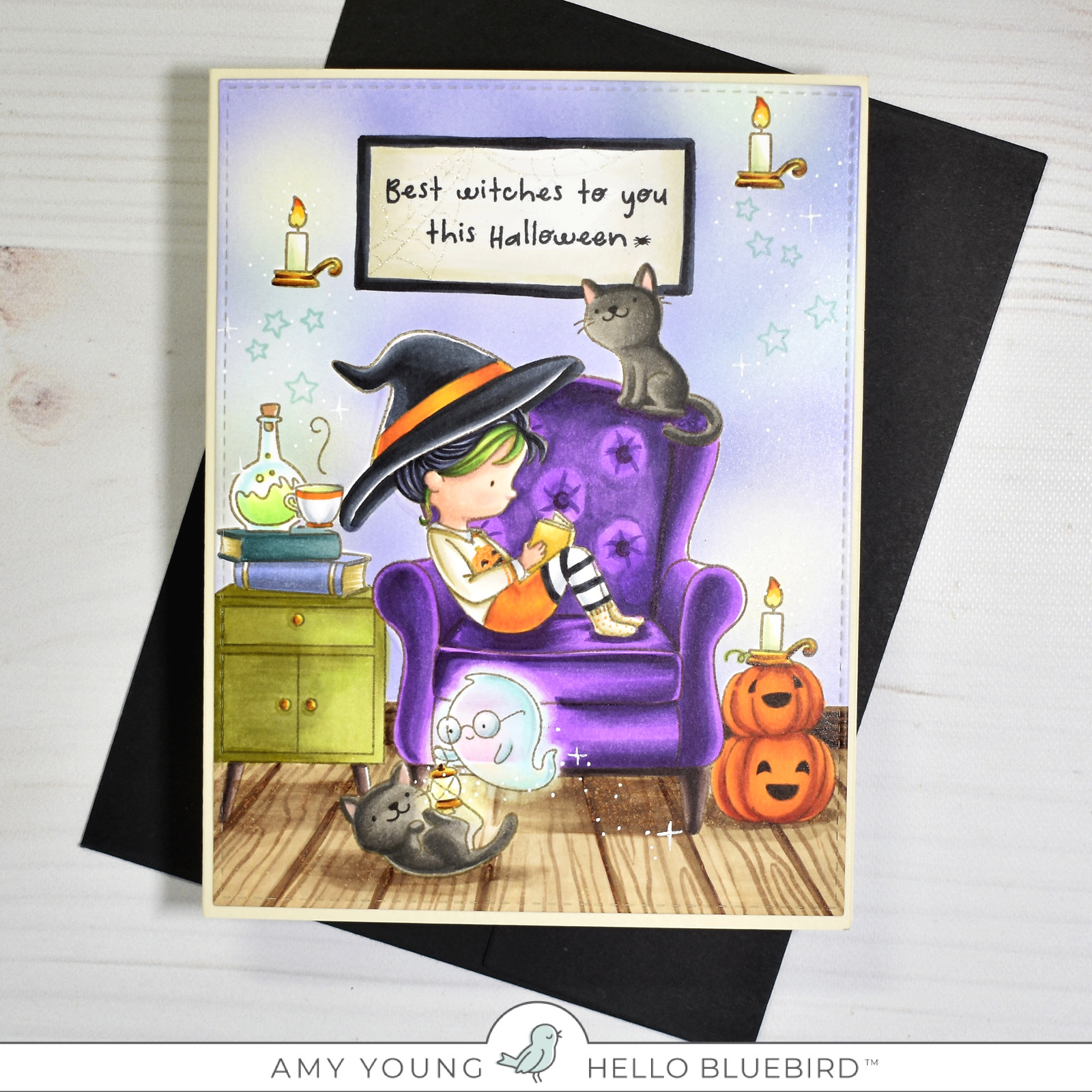 I quickly ran with this new direction and pulled the large stamp of the girl in the chair, the side table and the small tea cup from the Page Turner set.  Next, I began pulling all of the Tabitha accessories I would need to make this scene super spooky cute. These included the hat, potion bottle, stack of books, candles, kitties and stars. As I began laying out all of the clear stamps to get a sense of where everything would be I realized that the kitten on the ground needed to have something to play with. So I went back to my other Halloween sets and found this cute little ghost with the lantern in the Frightful Little Bits set. The interaction between him and the kitten who is now batting at the lantern was perfect! I also ended up grabbing the stacked jack o’lanterns as well for a little extra color on that side of the card. Once I finally had all of the stamps that I needed, I proceeded to start inking them up using Memento Rich Cocoa, and masking them up, starting with the kitten and ghost who are most forward in the scene then moving my way back through the images. 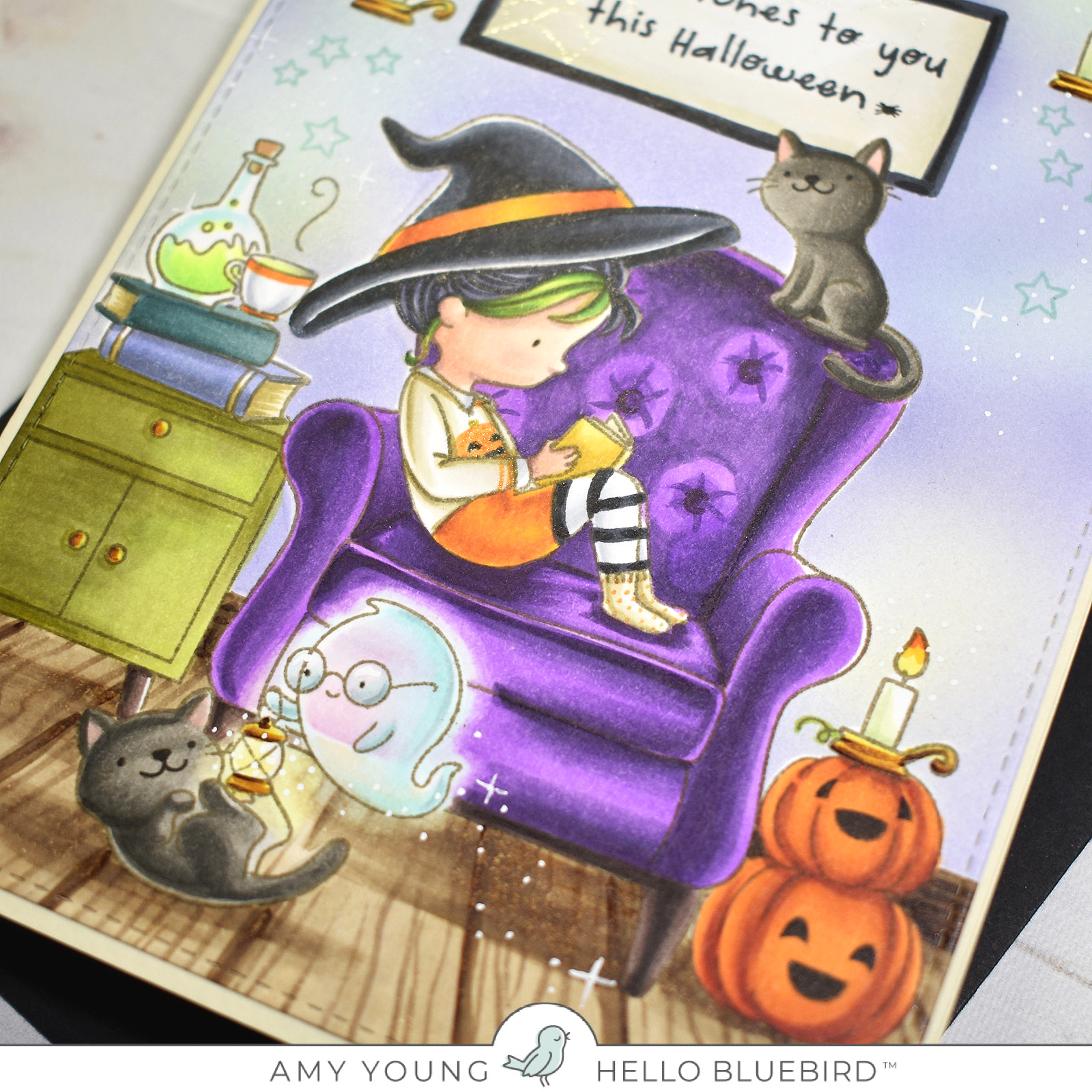 Once I had transformed our little reader into a witch surrounded by all of her favorite things it was time to color. For the most part I stuck with the traditional Halloween hues of orange, purple and green with just a few touches of aqua here and there. One of those aqua touches being the cute ghost, though he did get some very light violet and brown colors added too, which creates the illusion that you can see the floor and chair behind him. Once all of the stamped images were colored in and the wood floor added, I put all of the masks back on so that I could use my Copic airbrush system to color in the wall. I chose to do it this way because the airbrush is perfect for creating the soft, glowing areas around the candles and the magic that is making the candles float in mid-air. The end result is an enchanting Halloween tableau that tells such a sweet story. 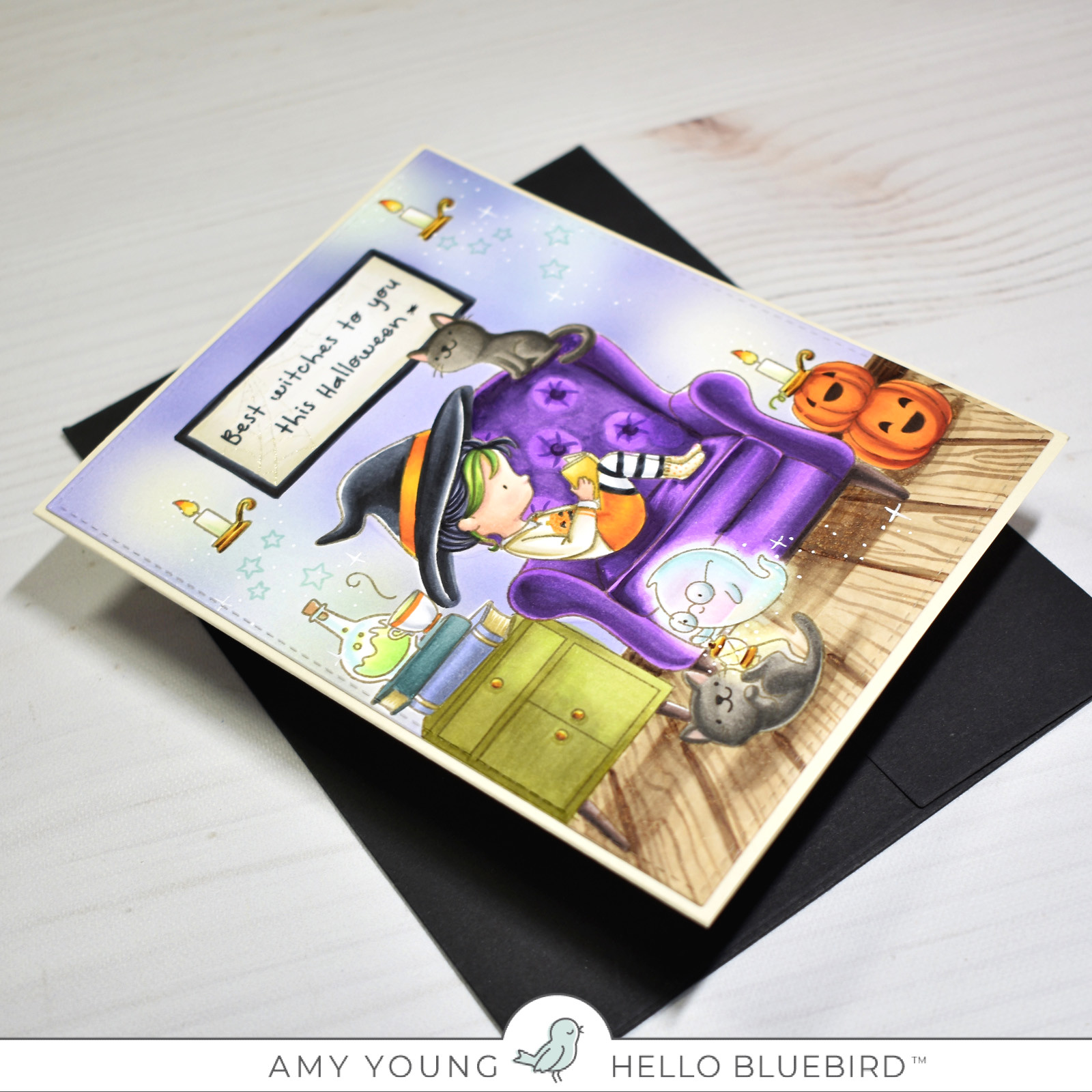 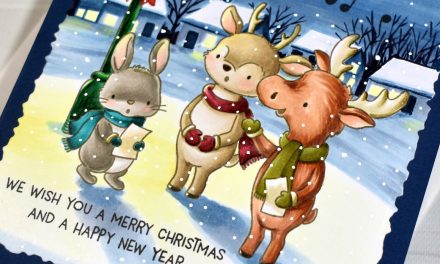 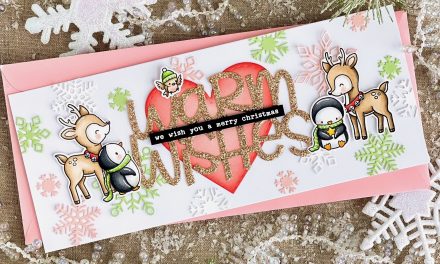 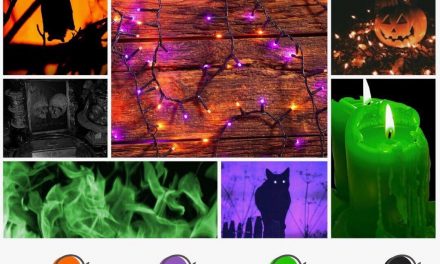 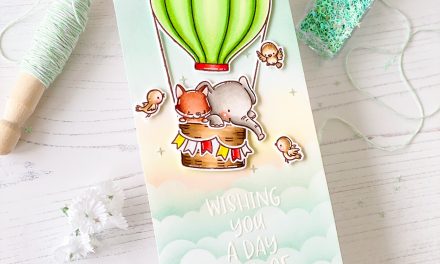