Life is but a Dream with Sara 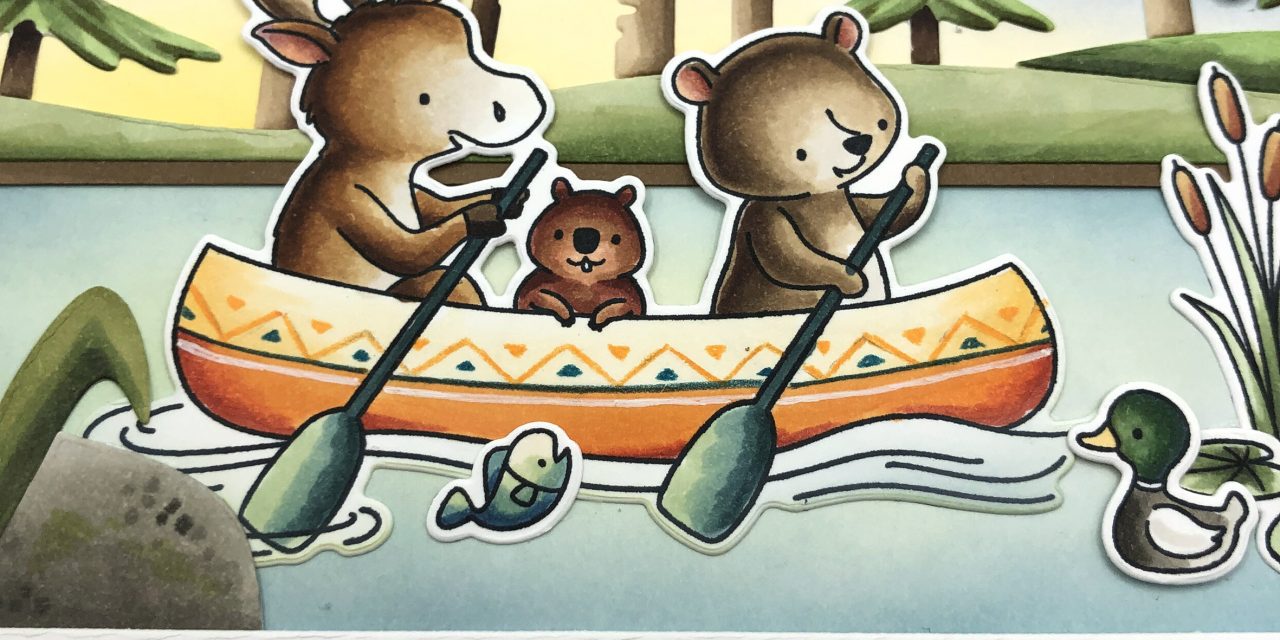 Hi Bluebird friends, Sara here! Today it’s my turn on the Hello Bluebird blog and I have a new card to show you, featuring some of the recent released products! Have you already shopped the new release?

I was beyond excited when I saw the “Life is but a Dream” stamp set, I thought the images are incredibly sweet and perfect for masculine cards too! And I couldn’t wait to pair it up with the newest “North Folk Slimline Scene Die“, but I went for a different use of the slimline die.

I thought it would be fun to have a strip of that scene die on a regular A2 card size, and that’s what I did here! 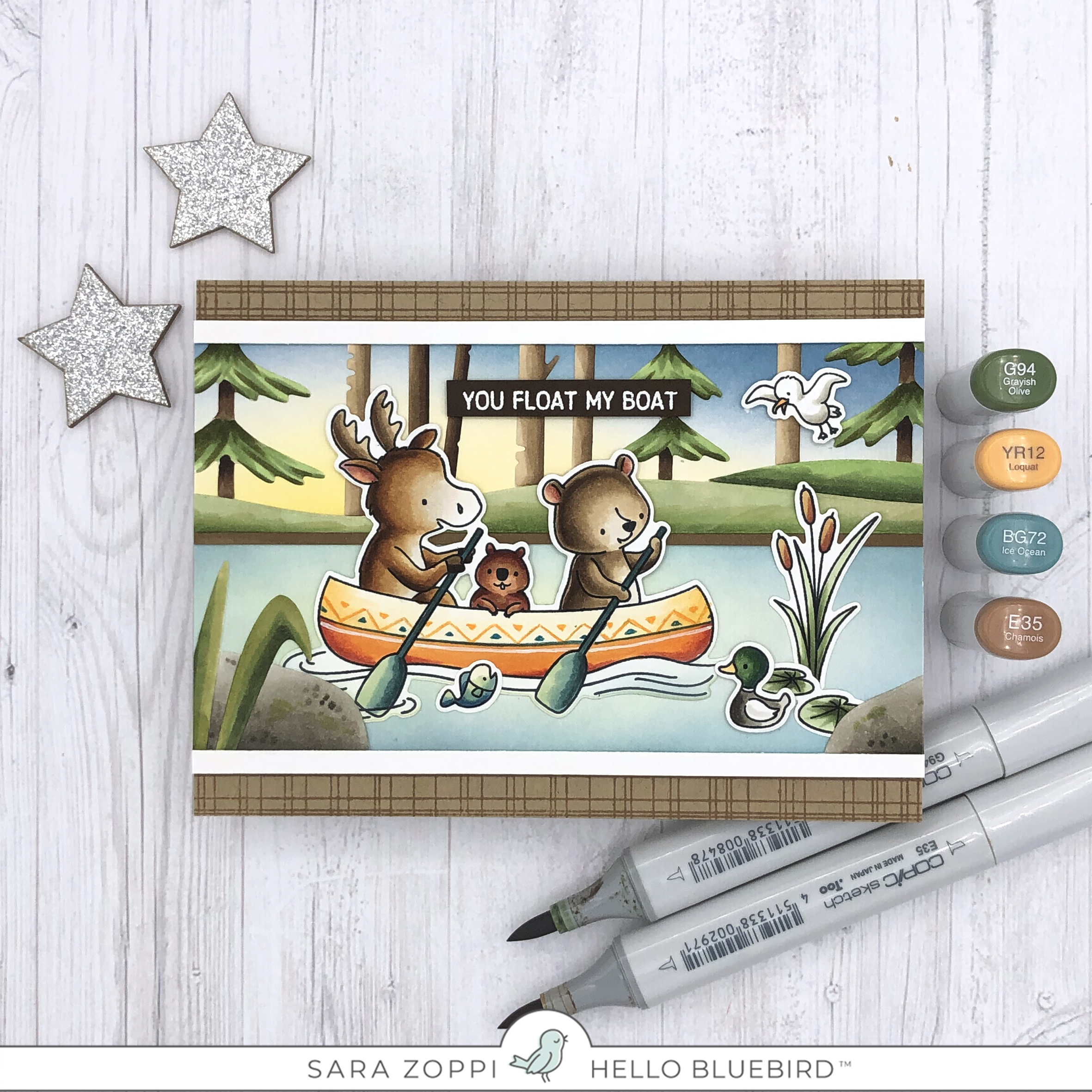 I firstly stamped all the images on a piece of Neenah Solar White cardstock, my favorite one for Copic Coloring ad I colored them using Copics. Here’s the colors I used:

I die cut everything with coordinating dies and I moved into my background scene. I firstly die cut all the slimline elements of the North Folk Slimline Scene Die from the same Neenah Solar White cardstock, as I planned to color them with copics too. I carefully saved all the stones, the trees and the ground and I colored them with these combos: 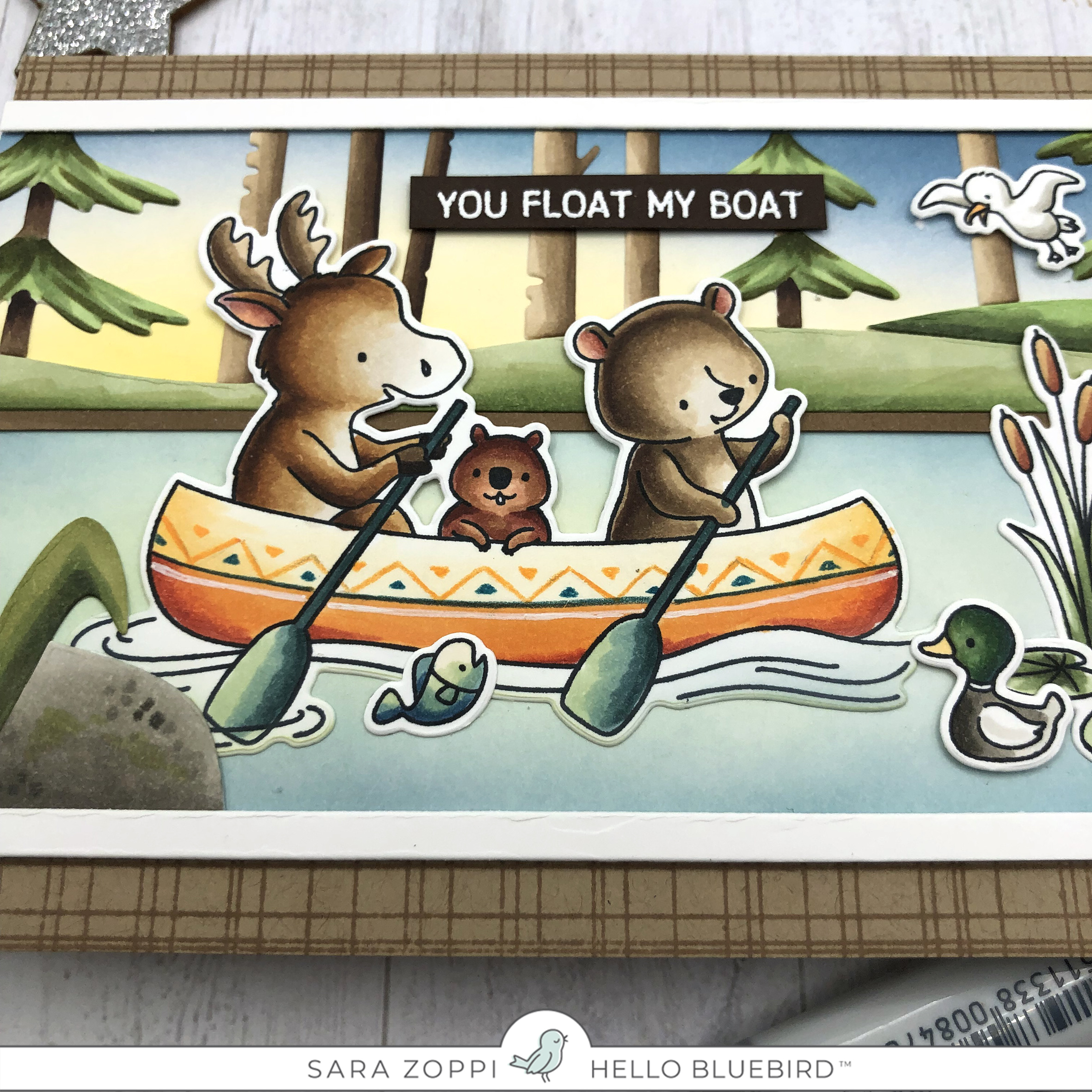 I didn’t care about the river pieces and the sky ones, as I wanted to ink blend a different panel. So, I took a 5,75″x3,5″ piece of white cardstock and I added the sky (Stormy Sky,  Scattered Straw and Mustard Seed) snd the river (Speckled Egg and a little bit of Scattered Straw). With the same blending brushes, I also added a little color on the canoa waves, which were die cut together with the canoa critters.

I carefully glued every piece of the background and then all the elements that I wanted to add to my scene, including the white heat embossed sentiment. I used the white frame piece cut from the Slimline Die to frame the scene.

As a finishing touch, I decided to layer a 5,75″x4,25″ piece of Kraft cardstock, where I also stamped the Woven Background Stamp with brown ink for a tone on tone look. And here’s the finished card! 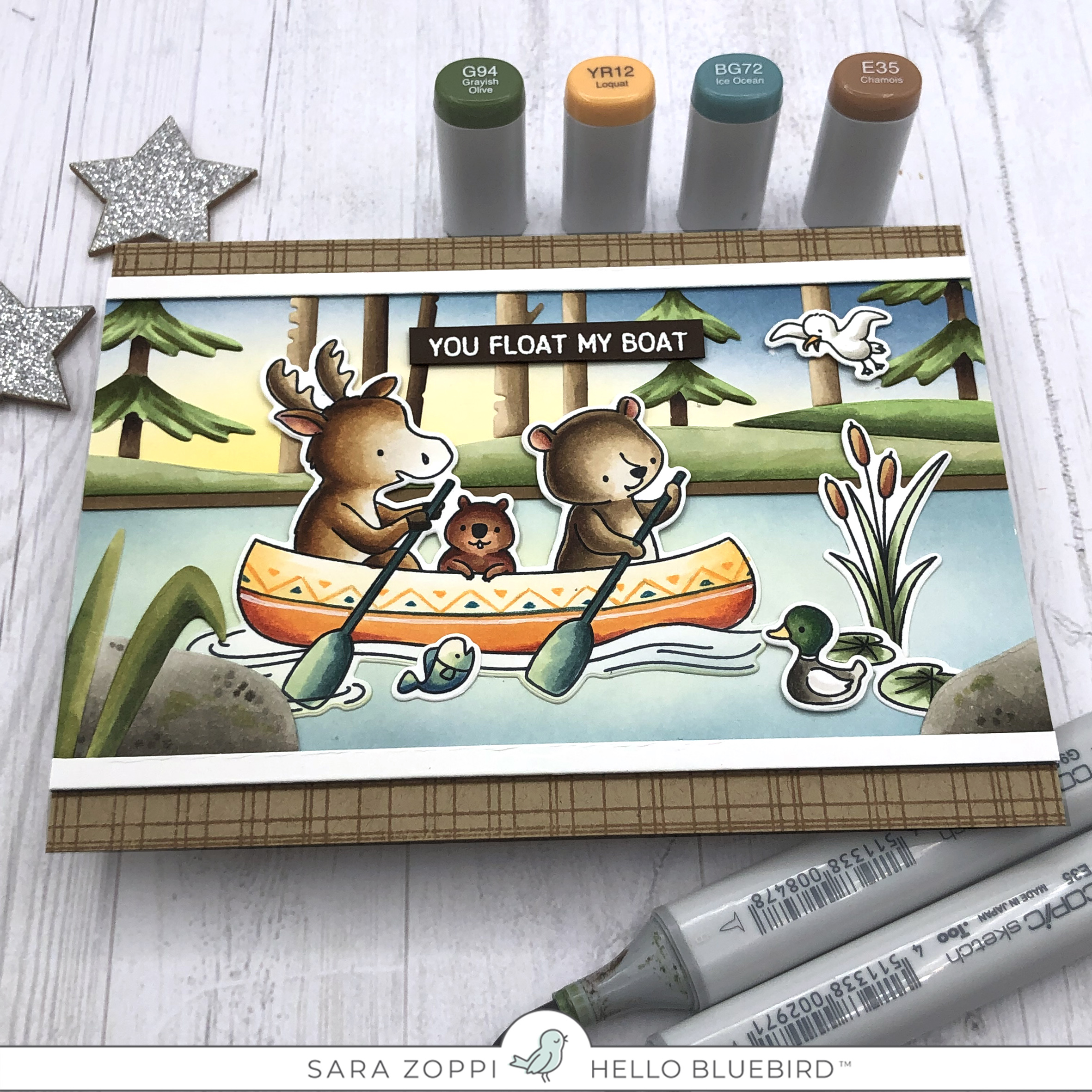 Thanks for stopping by, I really hope you will like my inspiration! See you later next week! 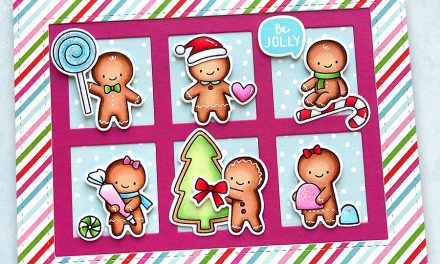 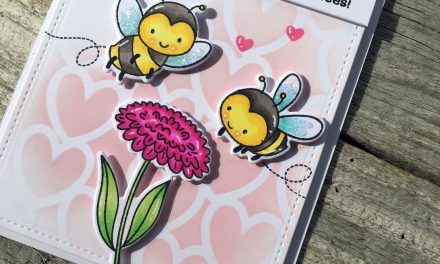 You’re the Bees Knees with Audrey 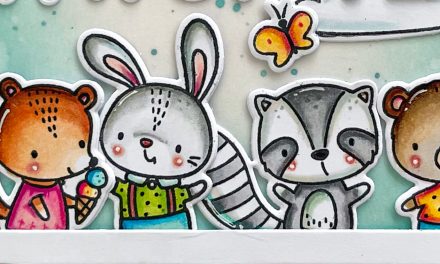 You’re my favorite with Chris 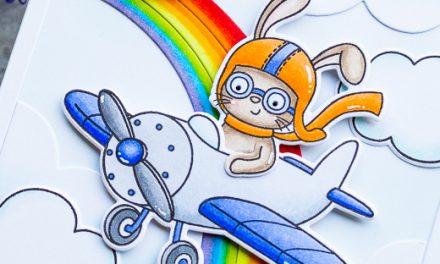 Fly Over the Rainbow with Gemma