Maverick Card with a Feminine Twist 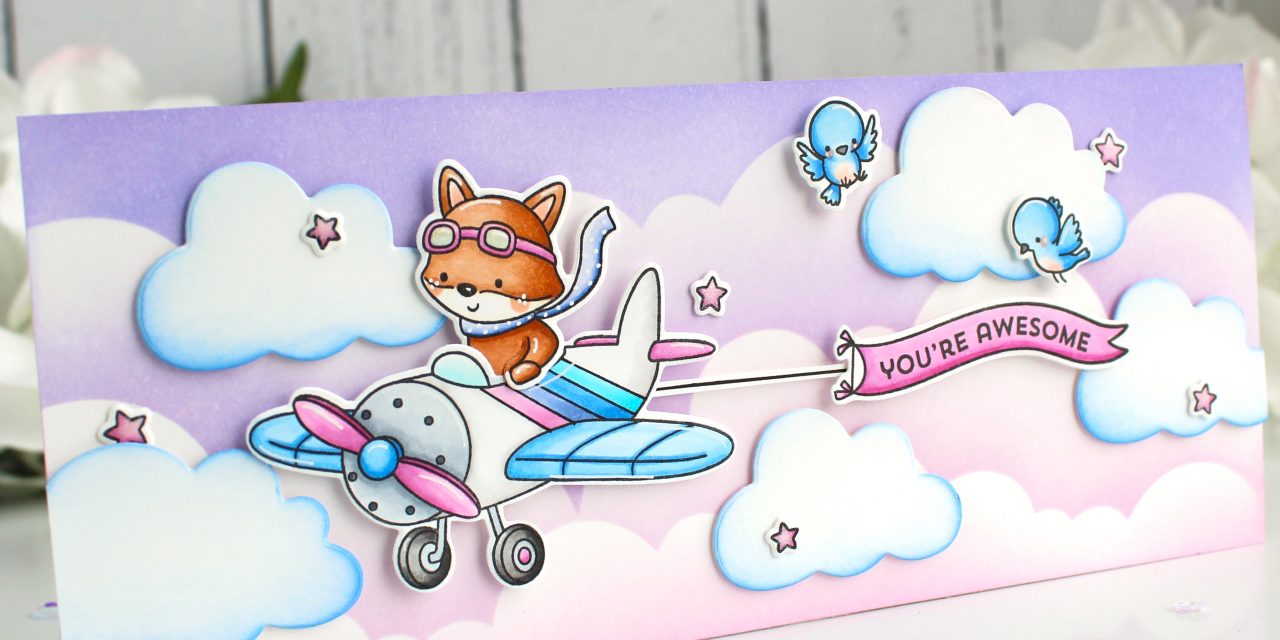 Greetings Hello Bluebird friends!  Leanne here today.  I have slimline card to share featuring the airplane image from Maverick.  I’ve been playing around with customizing the airplane and wanted to make a very feminine card. 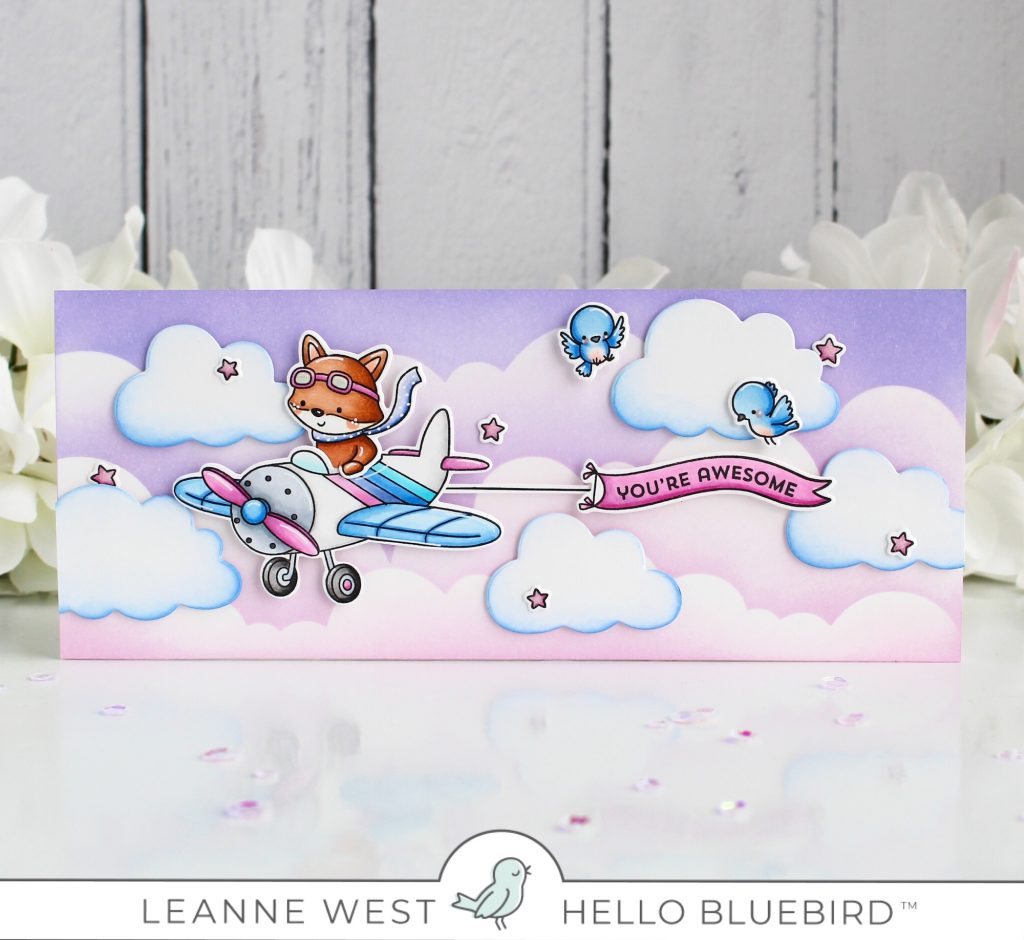 I started by stenciling purple and pink fluffy clouds for the sky onto the card front.  I made my own stencil using the cloud border dies from Grassy Knoll.  Just die cut the cloud border from copy paper.  That works just as good as stencil material. I also wanted some indivdual die cut clouds to add to the sky.  I used cloud dies from the Rainbow Sky set.

I Copic colored the airplane, fox pilot, several tiny stars, and two birds from Maverick.  I wanted the plane to be flying a banner so I used the banner from Party Parade.  It’s the perfect size to tow behind the airplane.  I just drew a straight line to connect it to the plane.  I stamped “You’re Awesome” on the banner which is from Cherry Greetings.  Once I had everything colored and cut out, I added all the images and die cut clouds to the card with dimensional foam squares. 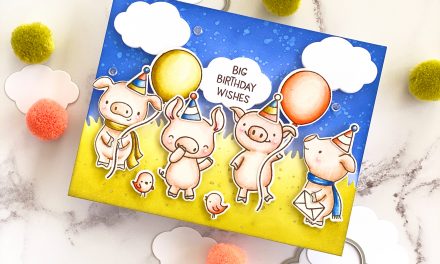 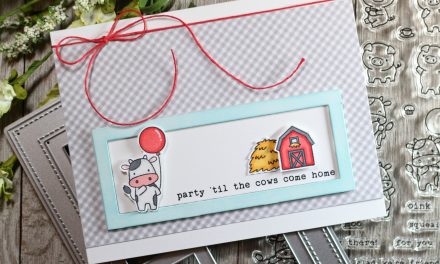 Party ‘ til the cows come home with Amy Kolling 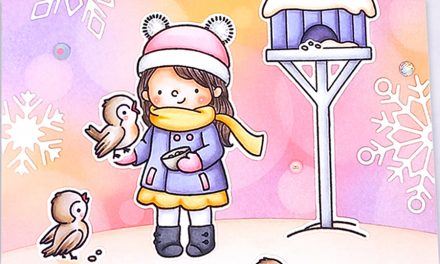 Feed the Birds with Anja 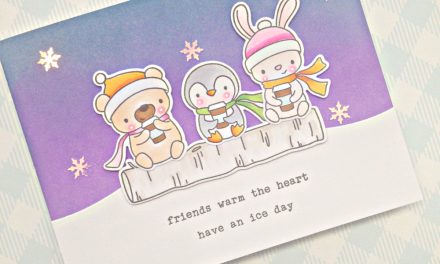